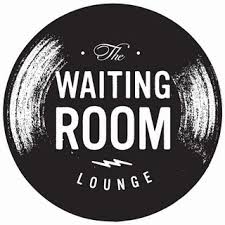 About Though it began life as a car dealership in the 1920′s, the building at 6212 Maple Street in the heart of the Benson neighborhood that now houses The Waiting Room Lounge is no stranger to hosting live music.  Through the 1980′s and into the early ’90′s the same address was home to the now legendary Lift Ticket Lounge, a modest-sized club that none the less played host to the likes of Jesus Lizard, Soundgarden and Nirvana – to name only a few – not to mention countless local acts that would serve as the bedrock for what has become a nationally recognized and thriving music scene.   The building and neighborhood would undergo many changes over the next fifteen years as many of the well-known storefronts that lined Maple Street would close while Omaha’s nightlife moved to other areas of town.  Meanwhile, 6212 lived on as D Dub’s pub, a primarily motorcycle-focused bar, would expand into the adjacent bay and build a larger stage on the west end of the room.  Despite mostly hosting cover bands on the weekends, the building was still a venue for live music.   Beginning in the late 1990′s, Marc Leibowitz and Jim Johnson, sensing a growing appetite for more of the punk and indie shows that often passed over Omaha at the time, started 1% Productions.  What started as a part-time hobby and labor of love quickly grew into a full-time enterprise, eventually booking hundreds of shows a year at various venues throughout the city.  In 2007, the duo decided to finally take the plunge and open their own club where they could host the multitude of local and touring acts they were working with and The Waiting Room Lounge was born.   While Jim and Marc would make immediate improvements to the club’s sound and lighting, any major renovations would have to wait as the first three years saw immediate bookings from not only local heavyweights like The Faint, Bright Eyes and Cursive, but top-tier touring acts such as Tortoise, St. Vincent, Dick Dale, Nada Surf, and Cut Copy, to name only a few.  It was the winter of 2010 when the club finally began to take shape as more than just a bar with a stage and 1%’s vision of a premier, full-time music venue would be more fully realized.  A troublesome dividing wall the bisected the club and disrupted sight lines was removed.  The ceilings were raised and the main speakers were hung above the stage making a vast improvement in sound quality throughout the space and high definition, closed circuit monitors were installed so that guests ordering a drink at the full-service bar could watch the bands, even with their backs to the stage.   2012 saw even further enhancements for both the patrons and artists when a state-of-the-art Nexo sound system and a full LED lighting were installed in the front of the house, while the bar added a 26 handle tap system loaded with a regularly rotating selection of the world’s finest craft beers.  Since its opening, The Waiting Room Lounge has played host to every genre of music, from early, career defining performances from future stars like Matt & Kim, Wiz Khalifa, Imagine Dragons, Sara Bareilles, Macklemore & Ryan Lewis and Yelawolf, legendary icons including The Psychedelic Furs, Helmet, Jonathan Richman, Dinosaur Jr., Mickey Hart, Johnny Marr, Os Mutantes, Living Colour and Mike Watt to contemporary acts including Yeasayer, Built to Spill, Ghostface Killah, Deerhoof, Aesop Rock, Yo La Tengo and Julian Casablancas.  After a start like that, one can only imagine what 1% Productions and The Waiting Room have in store for the next ten years and beyond.

No daily specials have been added. If you're the venue owner contact us to get started.
No upcoming events. Add your event.

The Throwback Party at The Waiting Room

Jason Isbell and the 400 Unit

Floyd - A Tribute to Pink Floyd

A Time for Hope and Healing

Fit For A King

Chuck Propher and the Mission Express

Defnotes: A Tribute to the Deftones

Bollywood in Benson - Glow in the Dark Bollywood Party

Devil in the Details rocked the house at The Waiting Room with Timeless, The Impulsive, Save the Hero and A Tale Untold.

Hail To The Heroes

Through Fire Back Home In Omaha

Impulsive, We Be Lions, & When Towers Fall

Savoy & Crywolf at The Waiting Room

Love & Light So Much Yes Tour

Screaming for Silence at Waiting Room

Devil In The Details Live at The Waiting Room!

Midwest Elite Concerts & 1% Productions are proud to present a special evening with Omaha's own, Devil In the Details. Headliner:...

Review by: David Taylor It’s October, so you know what that means: it’s the 4th annual Citizens Ball for Arson City...

The Great American Metal BBQ 2017 review Review courtesy of: David Taylor The Waiting Room Lounge was the place to be...

Hail To The Heroes Review

Hail to the Heroes review Review courtesy of: David Taylor Photos courtesy of: Geraldography May 28, 2017 marked...